The DVD release in the United States of the award winning Australian comedy The Sapphireshas set tongues wagging and for all the wrong reasons.  In a situation that shows just how important DVD packaging really is, controversy has erupted over the fact that the US DVD release features Irish actor Chris ODowd on the cover.
The problem is that ODowd plays the manager of the musical foursome known as The Sapphires, on which the film centres, and yet the Aboriginal women, who make up the quartet, are hardly to be seen on the front cover. Accusations of racism and sexism have been made at the US DVD distributors, which is something made all the more ironic given that those themes are such important aspects of the actual film. 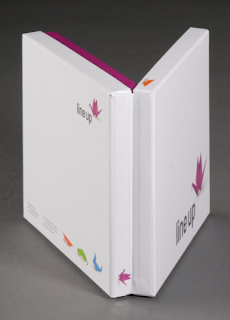 The new packaging has been described as misleadingand disrespectful in a letter to the NCAAP by the Aboriginal Medical Service located in Sydney, Australia, describing the image of the white male fronting a film about four coloured women as reinforcing precisely the sort of bigotry that Naomi (Mayers), Beverly (Briggs), Lois (Peeler) and Laurel (Robinson) fought so hard against.

A business does not want to receive this type of reaction for its DVD packaging and it is why it is so important to use a service like Brandedmedia.  This Basingstoke, Hampshire companyis dedicated to producing packaging that is appropriate for the contents of the DVD and which would highlight and emphasize its appeal and avoid the kind of controversies that no business wants to endure.
SOURCES: http://uptownmagazine.com/2013/08/australians-are-screaming-racism/http://www.brandedmedia.net/dvd-packaging.php
Leave a reply
Share This