The DVD package for the latest Die Hard film, the critically panned A Good Day to Die Hard, which stars Bruce Willis in his iconic role as New York cop John McClane, will be released by 20th Century Fox on the 4th of June. Deliberately aimed to tie in with the 16th of June, Father’s Day in the United States, the DVD retails at $29.98 and on Blu-ray for $39.99.

Interestingly, the blockbuster film is also being made available online three weeks prior to the DVD and Blu-ray release, in digital High Definition via a number of outlets such as Walmart’s Vudo.com and Best Buy’s CinemaNow. Only available via streaming, the online version will not include any of the extras that come with the DVD release, which comprises up to two hours of unseen material including a one-hour making of documentary. 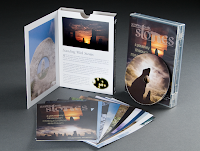 Making certain that the packaging of a DVD includes more material than is available anywhere else is one important method of making sure that consumers are going to want to purchase your product. Attractive outer packaging is also crucial, a fact that is well known to brandedmedia.

People that choose to work with this Basingstoke, Hampshire company can select from a wide and varied range of off the shelf designs for packaging or even collaborate with the firm’s design team to come up with a DVD packaging that is creative and unique.