Fans of cartoon series Rocko’s Modern Life are celebrating because Nickelodeon and the Shout Factory! have finally reached the end of the course for the release of one of the very best of the entire network’s comedy series. On Tuesday the 26th of February, the companies will be releasing Rocko’s Modern Life: The Complete Series on DVD. 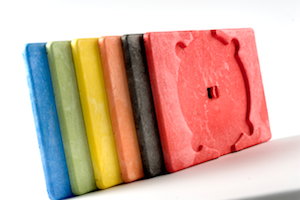 This DVD box set contains all of the four seasons made of the popular show across eight discs and the set will be a must for all hardcore fans. One of the many reasons for the likely success of the DVD box set will be its packaging. Instead of the large, bulky set, which often is released with television series of this kind, the show will instead be released with all of the eight discs handily and snugly placed onto opposite sides of four separate insets. This means that all of the discs come with their own backing, something that will also assist with the durability factor.

Brandedmedia is only too well aware of how important packaging is to the final release of a product and that packaging is not only a way to grab the attention of possible customers but it can even be a deciding factor in a purchase dependant on both its attractiveness and its practicality.

This Basingstoke, Hampshire company is able to offer customized or off-the-shelf solutions to make certain your DVD will be released in the best quality packaging imaginable.