Multimedia content makes press releases ten times more visible than if it features just text on its own, according to the results of a second study from PR Newswire. This confirms that multimedia content has a significant enhancing effect.

A study, conducted last year, showed that multimedia assets attracted up to as much as 9.7 times more attention than just text only releases and now a second study has only added to the impact of the first. 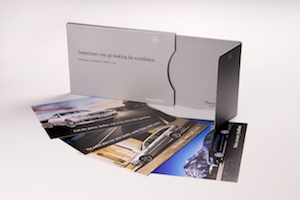 The data demonstrates that even just adding a simple photograph to a press release can increase its visibility by as much as 1.8 times, while the adding of a video to text will deliver 4.3 times the amount of views. A story enhanced by both photographic and video content will drive exposure by 7.4 times greater than just text only press releases.

“Photos, videos, infographics, and other types of multimedia assets present information in a more compelling and attractive way so it’s no surprise that they boost content visibility so significantly,” says the vice president of global reporting for PR Newswire, Rod Nicholson.

Talk to brandedmedia about the power of multimedia, as we are able to provide you with significant advice when it comes to publicising the release of your latest product, and do not forget that this Basingstoke, Hampshire company is the go-to company for all of your multimedia duplication, distribution, and packaging needs.