The film company behind the Lord of the Rings movies and the upcoming The Hobbit are suing a low budget company, known as The Asylum, for copyright infringement over their new movie The Age of the Hobbits. MGM, New Line Cinema, and Warner Bros, together with Saul Zaentz, the producer of The Hobbit, says that the film company is “free riding” on the success of their movies by using the title for a knockoff film.

The producers want all packaging and other materials for the film destroyed. The Asylum claims there is no copyright infringement as the hobbits in their movie are totally unlike those in The Hobbit and they take their name from the real life human subspecies, which was found in Indonesia in 2003 and have been nicknamed ‘hobbits’ by scientists. 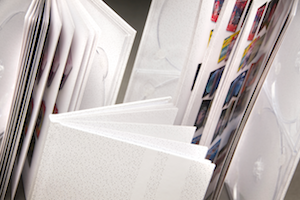 DVD producers can avoid such unfortunate occurrences by having their DVD packaging designed by brandedmedia. The Basingstoke, Hampshire company will ensure that the packaging for your DVD will be able to draw the attention of your potential customers without having to infringe on copyright and risk legal action in order to do so. Your bespoke packaging will never have been spotted in the market before and could be mistaken for no other product.